I discovered jazz late at night many years ago; I had been recording the punk band Filth and came home all wound up from the speed and energy of the music. I put on an LP of early recordings by Stan Getz, and had one of those life changing experiences: I relaxed and fell asleep. Filth was washed out of me, and though they were one awesome band, that wasn’t something I wanted inhabiting my being the rest of that night.

Since then, jazz has often been one of the redeeming and healing forces in my life. Musically, classical music can do that too, and if you think that my years of punk rock would be evident in my record collection, you would be incorrect; it looks like the collection of an old man, which I’m starting to be anyway: classical, jazz, easy listening, old Sinatra records. 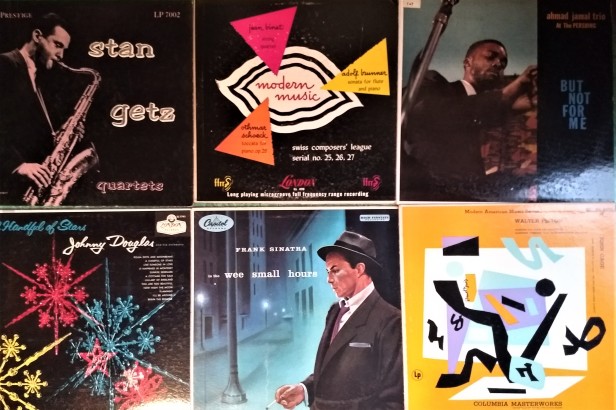 When I stopped producing, I stopped listening to modern music. I ventured a lot farther back, I guess there was just never enough of the past to put my past in perspective and behind me.

About 2 years ago, while recovering from surgery, I watched a nice Brazilian gay coming of age film, The Way He Looks. One of the main characters loves Belle And Sebastian, which reminded me how much I love their album If You’re Feeling Sinister, which made me realize I had never gotten around to hearing much else by them.

So one day, while still on a bunch of painkillers, I irresponsibly drove myself to a record store and bought a couple of CD’s. A friend of mine was perplexed why I had bothered to go buy any CD’s when I could have just gone to Spotify and listened for free. As always, I resist new digital trends as long as possible, and I had been hearing so much of the evils of Spotify I respectfully stayed away. But then, an old music friend Gabe Meline had written a wonderful article on the local NPR site about how you should always listen to new music, and I realized what a stagnant person I had become in regard to sound.

So, I joined up with Spotify, and there I was, not having any idea what to stream. I found Sufjan Stevens remarkable album Carrie and Lowell; the loneliness, and sadness of recovering from a rough surgery (along with all those drugs I was on) probably amplified the pain and beauty in that recording, it reduced me to a sobbing mess. So of course, I got over that whole digital gets in the way of the emotion thing and started exploring.

I saw a Coachella playlist, and after hearing some of the top stuff, which was awful, I got the idea to go toward the bottom and check out the smaller bands. I couldn’t resist the band name Go Go Penguin, and was pleasantly surprised that they are a very nice jazz trio from the UK.

And though they are not electronic, that was the start of finding artists that wander through various genres, often mixing jazz and electronic things; if GGP are acoustic sounding, they often rely on techno-ish beats and ideas. 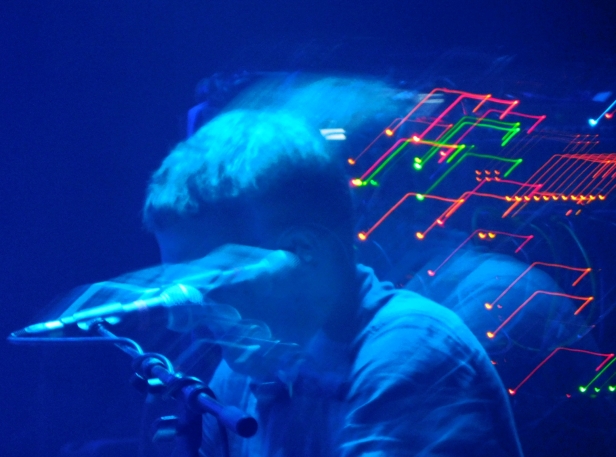 This led to Floating Points, and I fell in love with “their” stuff (the band is essentially the work of English Neuroscientist Sam Shepherd, though he has musicians he works with).  I ventured onward, and found a world of surprisingly creative, interesting music being made, some electronic, some traditional bands or songwriters.

But electronic kept pulling at me. In spite of my punk rock history, I spent a lot of time studying music in ways I never used, and I found this might be a good place to explore something different. Nothing wrong with exploring punk rock, and hey, I’m up for doing that again, punk permeates my soul much more than people may realize. But for my own thing, the lure of a whole new genre to get me back into music became strong enough that I researched what kind of recording software electronic DJ types use, and found Ableton to be one of the popular ones, and heck, there was a 30 day free trial on their site, so I hit the button, downloaded, and about 5 hours later had come up with a terrible piece of electronic music, with loops, samples, and all that things I used to view as the Devil’s evil way of ruining music. 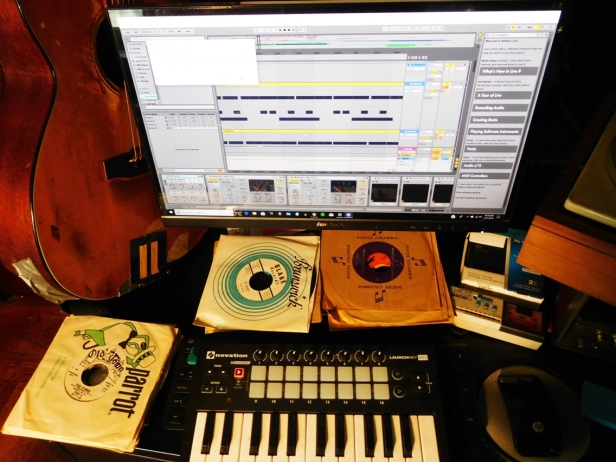 It was much like the first time I picked up a guitar when I was 12, I wrote a song instantly then. A terrible song, but I was in awe of myself, and once again, there I was, in awe of DJ Kev, and I have been in love with Ableton ever since.

So here I am, recklessly releasing things that are probably discrediting my good punk rock name, but hey, I greatly enjoy changing, and am fine with the disparity of what I did and what I do.  Bring on the disparity, and I’m thinking as I return to producing rock bands, the diversity will add a well needed balance to things. And, there’s so much music to explore and try and understand, it’s wonderfully endless.

All this helped pull me back into the land of the living after that last surgery, and this past year of rediscovering how fulfilling it is to focus on and create music has been rich and healing. Who knows what I will discover next, and I look forward to that, maybe I’ll make a hair band record when I hit 70. Hopefully not, but hey, you never know, though I would need a very unfortunate wig to accomplish that…

Here’s a little playlist I made on Spotify of things that I listened to during the last few years, with one of my tracks in the middle:

Here’s a link to my spotify page, and heck, if you went over there and followed me, I would love you forever, this stuff is just a small start, there’s a couple of albums coming soon:

first photo is a handful of albums that have endured years of purging in my collection. the second is of floating points when i saw them about a year ago at the mezzanine in sf.